How NOT To Tarnish Your Business Reputation

In 2013, the documentary Blackfish debuted at Sundance Film Festival. This ground-breaking movie exposed SeaWorld’s mistreatment of its animals.

The fallout happened quickly. Politicians from California and New York quickly proposed legislation to ban orca whales from entertainment venues. Southwest Airlines ended its 26-year partnership with SeaWorld. The company’s social media feeds were filled with dissenters who voiced their opinions on every single post.

The company suffered financially from it too. SeaWorld announced it suffered a $15.9 million loss, which the CEO attributed to bad weather and higher ticket prices. The stock dropped by 33%, and the company’s revenue dipped after many years of growth.

SeaWorld spent at least $10 million on PR initiatives and an additional $100 million on expanding their orca’s facilities. Things are looking better for the company, but it still has its fair share of online dissenters.

In the business world, reputation is everything. It determines who will want to work with you and buy from your company. Even small companies must do everything they can to maintain a high-quality reputation.

How can you ensure you have a high-quality reputation online? Start by following these steps:

Have you ever wanted to see a movie because it got rave reviews? In recent years, many people have flocked to independent and foreign movies like Manchester by the Sea, Moonlight, Boyhood, Portrait of a Lady on Fire, and The Florida Project, all because critics raved about them. While they might not have the same budget or advertising as a Disney blockbuster movie, they thrived on word-of-mouth.

Online reviews can do the same for your company. According to BrightLocal, 93% of customers will read a company’s online reviews before deciding to purchase something. 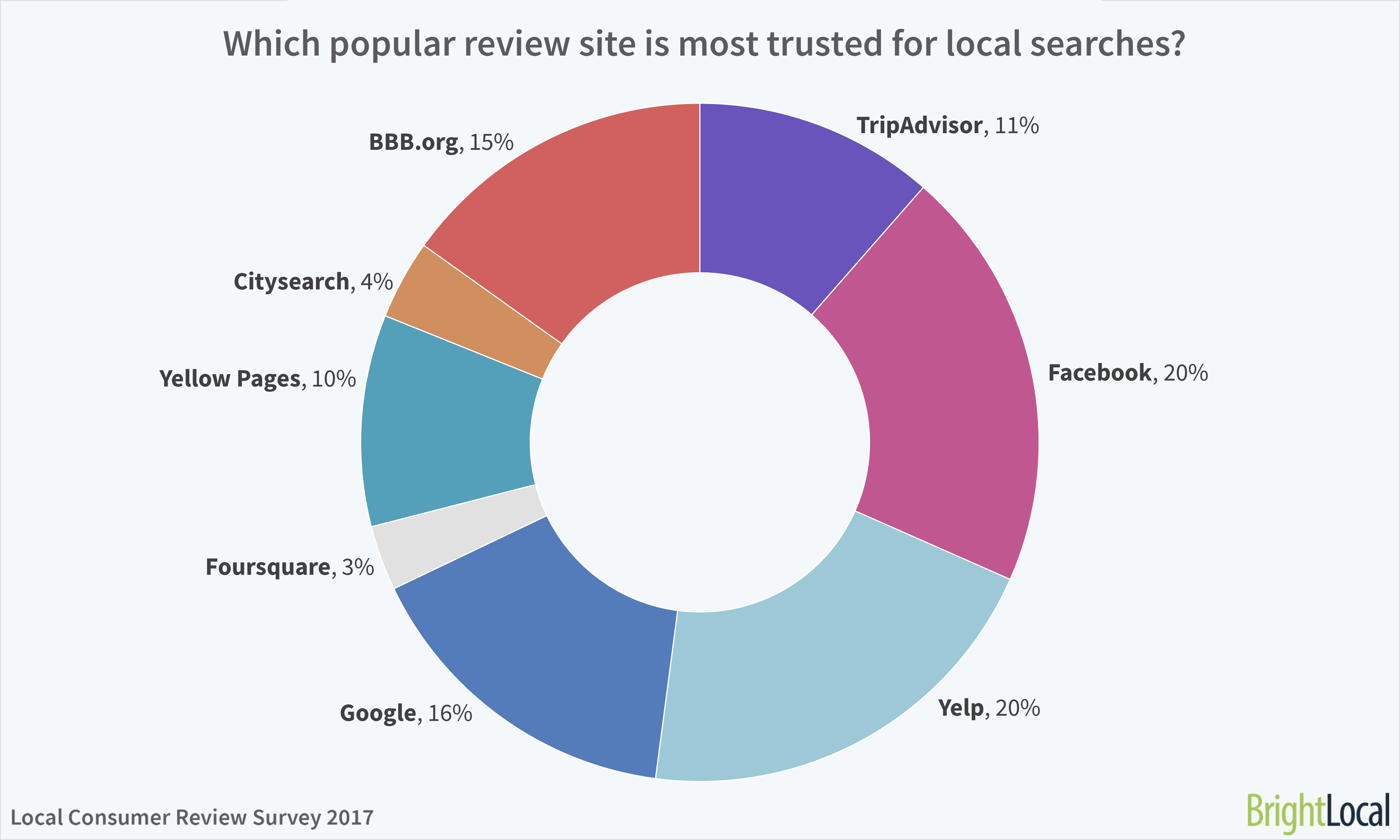 But that’s not all. Consider some of these statistics:

It’s clearly worth investing in review management software to keep track of your reviews. Many companies get bombarded with one-star reviews due to one negative headline. Luckily, places like Yelp often monitor companies for false reviews, but review management software can help do the same. Also, through the process of proactively soliciting customer feedback, this software can provide a business the opportunity to identify and problem-solve a negative experience before the consumer ever publishes a public review.

It’s also worth noting that responding to negative reviews can help improve your brand image. Simple messages like “We’re so sorry this happened to you” or “We’ll fix it right away” are great ways to get the customer back on your side.

Are you struggling with getting positive online reviews? Schedule a complimentary review with a BBM marketing consultant to help you determine the best reputation management strategy for your business.

Customer service can make or break your business. After all, it’s about five times more expensive to obtain a new customer than to retain a current one. Plus, existing customers have a 60-70% chance of buying your products, compared to the 5-20% chance of new customers.

Still not convinced? Consider these statistics:

Did you know that 97% of online users search for local businesses? Among those, 90% of those users will call or visit the company within the next 24 hours.

You want to make sure your potential customers are getting the right information. By claiming your business on Google, Yelp, Facebook, and TripAdvisor, you can ensure that they see the correct information. This will allow you to edit your business hours, location, phone number, and more.

Imagine what it would be like to find out a company has no listing. It would look shady. Make sure your company looks as legitimate to your customers as possible. If you’re not sure if your local listings are up to par, try our local listings health checker.

Don’t think of your business as simply a way to earn more money. Instead, think of it as your way of helping out the world.

Consider the shoe company TOMS. The company’s “buy one, give one” motto means that they’ll donate one pair of shoes to a child in need for each one you buy. That way, you’re helping out someone else while still helping yourself.

Likewise, Warby Parker donates glasses for each pair that someone else buys. So far, they’ve given over one million pairs of glasses to those who need them.

Corporate citizenship does more than make people feel good about themselves. It also attracts customers.

Most consumers under 40 say that corporate citizenship is their favorite way to give back to the community. Likewise, 81% of millennials say that they prefer to shop at places that work towards the greater good.

In 2020, there were almost 4 billion people actively using social media. In comparison, only around 2 billion people were using it in 2015. That’s quite the increase.

Nowadays, every brand has a social media account to raise awareness. After all, what is marketing but keeping a positive association in the minds of your consumers? The more they hear about you, the more they’ll be likely to buy from your company. 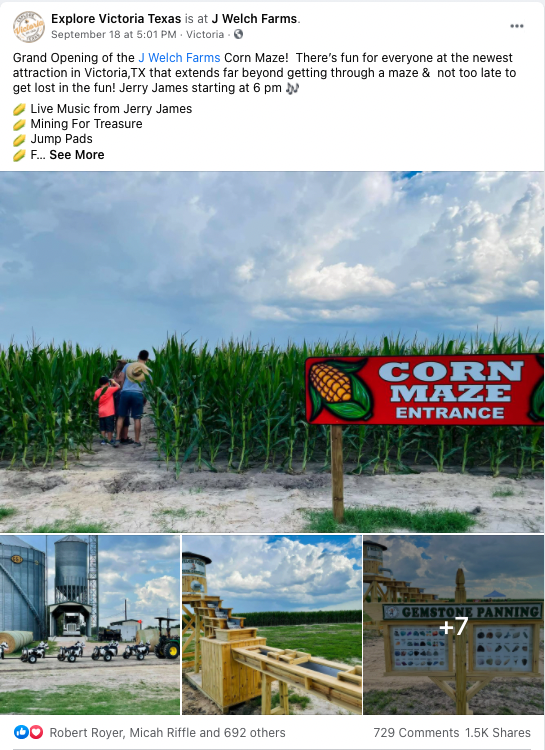 Some brands are killing it in the social media marketing department. Just look at Denny’s, for example. The diner quickly established a quirky and offbeat sense of humor unlike any seen before. Their bizarre jokes might sound odd from a corporation but it fits in nicely with internet meme culture.

Unfortunately, many of these social media campaigns can backfire. For example, there was a hashtag discussing domestic violence called #WhyIStayed. It started in 2014 after footage of Ray Rice punching his girlfriend surfaced and went viral online. Many survivors shared their harrowing stories of abuse and neglect.

In one blunder, DiGiorno’s Pizza decided to jump in on the hashtag without understanding what it was about. “#WhyIStayed You had pizza,” the tweet read.

Soon, they were bombarded with angry criticism, and the account replied to every single response.

The lesson is this: be careful with what you post on social media. DiGiorno’s Pizza wasn’t the first company to make such a mistake, and they certainly won’t be the last. But a good social media campaign is one of the easiest ways to get your eyes in front of customers.

Want suggestions on your social media pages? Book a complimentary strategy consultation with a BBM marketing consultant for tips on how to take your accounts to the next level.

Influencer marketing is a big deal on social media. Brands will pay up to $1 million to work with names like Kylie Jenner or Ariana Grande.

This form of marketing helps leave a positive impression on viewers. They’ll associate your brand with their favorite influencer.

That being said, you don’t necessarily need the biggest name in the industry to give your product a shout-out. Plenty of smaller figures still get brand deals that pay good money. If you’ve ever been on YouTube, you know that there’s no shortage of creators selling Honey, NordVPN, Raid: Shadow Legends, or Dollar Shave Club. 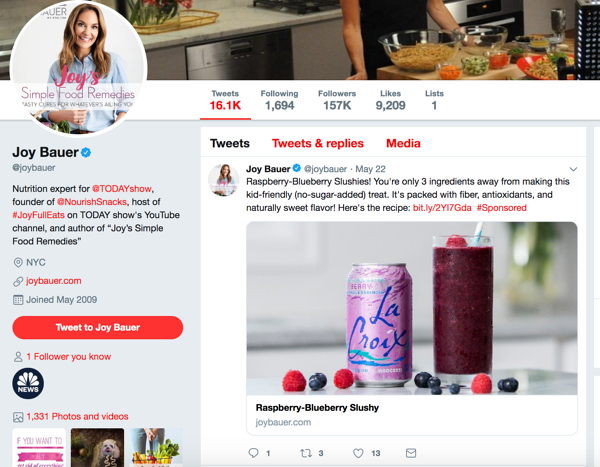 Plus, influencers give you a reach you might not initially have. They often have a diverse audience full of people worldwide who probably haven’t heard of your brand. You can leverage their popularity to increase your sales.

Your reputation can take years to build but seconds to tarnish. Just look at any celebrity who got in trouble on social media. One small blunder can cancel out years of hard work and good deeds in the public’s eye.

Many large corporations can survive such scrutiny in the long run. Just look at Wells Fargo, BP, or CrossFit. Smaller companies, unfortunately, don’t have the same amount of popularity to keep afloat. One bad story can tarnish your brand’s reputation – and your income – for good.

If you’re struggling with your business’ reputation, schedule a complimentary strategy consultation with our expert marketing staff at Building Brands Marketing. Whether you’re looking to build customer awareness or need help managing your online reputation, our team has the experience and capabilities to help your business take the next step.

Alex is the VP of Operations at Building Brands Marketing. In his short time with the company, he has been integral in overseeing the web development, fulfillment, and IT-related tasks within the agency. He prides himself on his willingness to solve any problem, dedication to our clients, and constant desire to learn and grow for the benefit of our clients.

Alex is the VP of Operations at Building Brands Marketing. In his short time with the company, he has been integral in overseeing the web development, fulfillment, and IT-related tasks within the agency. He prides himself on his willingness to solve any problem, dedication to our clients, and constant desire to learn and grow for the benefit of our clients.

2 thoughts on “How NOT To Tarnish Your Business Reputation”

Our mission is to produce cutting-edge marketing strategies using creativity, data, and innovation to assist organizations in increasing sustainability, longevity, and lasting livelihoods while cultivating an environment of innovation that motivates people to perform their best work.

Donald Salais
BBM is a pleasure to work with. Professional and goal driven. Specific and detailed to our needs. They have helped our company out tremendously.

John Junker
I have worked with several marketing companies and BBM has been incredible in making a difference in creating actual business and awareness to our company. Their knowledge and collaboration with our management team has worked beyond expectation. BBM is an exceptional company to work with. Thank you for your efforts and building our business and brand.

Hi-Pro Audio
We have been working with BBM for a few months and they have been an amazing help in getting our business growing! Jennifer and Robert have been great to work with.

Sarita Richmond
Thank you for offering the “Local Experts” Google Workshop yesterday! You and your staff were professional and a wealth of knowledge! I am looking forward to implementing the things you taught for my business, Villafranca Insurance!

Tim Smith
For almost a year I’ve been using Building Brands for the digital marketing of two of my business and I couldn’t be happier with the results.

Layne Brandt
Our experience with Robert and his team has been nothing but great. They explain the technical side of the marketing business in a way that even a non-technical person like me can understand. Thanks guys for moving the marketing needle for Crossroads Bank!

Regal Jewelers
The absolute BEST marketing team in the crossroads area! Robert and his team have been very dedicated to assisting us in achieving our goals!
Google rating score: 5 of 5,
based on 59 reviews

Run this instant scan to view your online search visibility for your business!